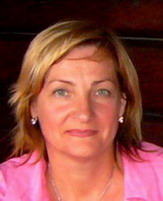 Tamara V. Litvinenko was visiting professor at Doshisha university (2000, 2007-2008, 2010) and invited research fellow at the Research Institute for Humanity and Nature (2007) in Kyoto, Japan. She was awarded by the State Scientific scholarship of the President of Russia for young talented scientists (1993-1996), Honored diploma of the Russian Academy of Sciences (1999) and Honored diploma of Plekhanov Russian Academy of Economics (2006).